The world’s most important tech terms from Agile to Zelda

It’s a big, techie world out there, and it can be overwhelming if you’re new to tech recruitment. It's lucky we're here! Here are the only tech terms you really need to know, from A-Z.

As much as we love tech (and we do), reading through endless lists of tech definitions isn’t the most exciting way to spend your Tuesday night.

Which is why we’ve come up with the ultimate A-Z of tech terms, and defined each term in less than 50 words. We’ve even thrown in some pictures! You’re in for a treat…

So, let’s get to it. Here are the only tech terms you really need to know:

Not only is it the only tech methodology you need to know, but it’s also the first term in our tech alphabet.

Although it could be mistaken for the latest yoga-trapeze fitness fad, it’s actually a group of methods that promote teamwork, accountability and rapid software development. Agile-ers believe they can get tech products and software updates out to the market (and to users) faster than anyone else. 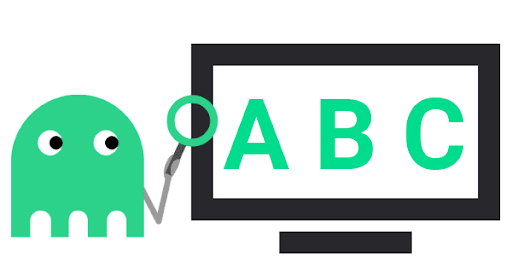 If you’re a backend developer, you probably worry about security, site structure, QA and data processing. You may obsess over servers, databases and applications. Even if you don’t identify with Gilfoyle from Silicon Valley, you probably have a rivalry with at least one frontend developer. Unless you’re a full-stacker, which changes everything.

is for CSS, or Cascading Style Sheets

Unless you’ve printed our tech alphabet to pin by your bed (which we wouldn’t blame you for doing), you’re probably reading this on our website. You’re therefore enjoying the beautiful benefits of CSS.

Used by developers to describe the style of a document written in a language like HTML, CSS is literally making the online world a prettier place, sheet by sheet. Cheers to that.

With a whole list of fans queuing up to use data (looking at you, backend developers), data can be pushed, pulled, manipulated and extracted. Not the kind of life we’d sign-up for  – we do live by the beach in Barcelona, after all.

To find out how to use data to recruit developers, check out our blog post. If you’re a data know-it-all and think you can school us on our data use, read it anyway.

Eclipse is Java’s “integrated development environment” or IDE for short. An IDE is a software application that functions as a workspace for developers with plugins that usually consist of a source code editor, automation tools and a debugger.

No idea what we’re on about? Think of Eclipse being to Java like Robin is to Batman and peanut butter is to jelly. It helps Java developers live their best life and churn out awesome code that can power everything from Android apps to e-commerce websites.

Also known as client-side or “the stuff we can see”: layout, design and functionality.

If you’re a frontend developer, you probably use Javascript, HTML5 or CSS to turn data into cool-looking apps and websites. You’re likely to be obsessed with testing, responsive design and Git. You probably hate the Gilfoyles of the world and chose design over data architecture every time. Unless you’re a full stacker. 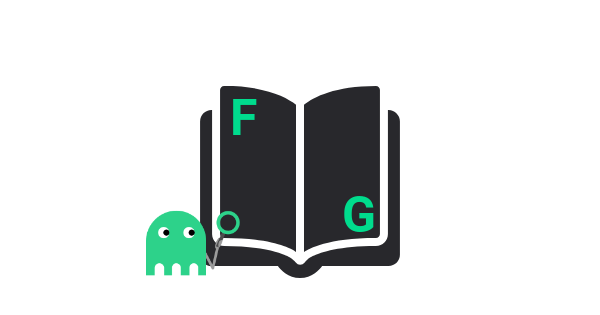 No, we’re not “swearing at you in British”. We normally manage to restrain ourselves from doing that (though not always – we can’t promise anything).

This kind of Git is a free, open-source version control system to help developers track changes in computer files. It’s awesome for coordinating work within a team. It’s also “distributed”, which means that rather than sitting on a server, every single Git repository on every computer is independent.

An event where developers cram into one room and stay up all night eating pizza and swapping Minecraft techniques.

Just kidding. Sometimes they do involve all night pizza parties, but the aim is to get developers and others involved in software development (project managers, designers, etc) to work intensively on a project with the aim of creating usable software.

Not the scary clown film we watched as children and immediately regretted, but the original tech term. And 50% of it is formed with the letter I, so we had to include it.

IT covers literally everything from physical hardware and servers to operating systems and websites. In fact, pretty much every term in this alphabet could fall under IT.

is for Java (and Javascript)

Everyone’s favourite backend programming language. Java is popular because it’s easy to master, super versatile and can be used throughout the entire development life-cycle of a product – from design and development to ongoing management.

J is also for Javascript. Everyone’s favourite frontend programming language. And – big surprise coming up – they work pretty well together.

Japanese for “visual signal” or “card”, the Kanban process started way back in 1940 when workers in a Toyota plant used cards to signal steps in their manufacturing process.

Like Scrum, Kanban is an agile process that helps tech teams quickly build products and updates. But unlike Scrum, which has defined roles like “Scrum Master” and organises work in batches and sprints, Kanban focuses on continuous delivery, one piece of work at a time.

The most popular framework for PHP. Remember when we explained Eclipse helps Java developers live their best life? Lauravel does something similar for PHP, but it’s a framework rather than an IDE.

What’s the difference, we hear you say. As explained by our tech recruitment guru Greg:

Imagine you’re a hairdresser, and cutting hair is building code. The framework is like all the hair-cutting tools other people have created – scissors, shampoo, etc. Rather than building scissors every time you want to cut hair, you can use an existing pair. IDEs are like your hands – they hold and manipulate the scissors.

Not a tech term, but something beloved by techies everywhere.

It’s a game that does what it says on the tin: you dig (mine) and build (craft) different kinds of 3D blocks. And the best bit? The worlds you can build are limited only by your imagination. And you can build as many different worlds as there are hours in the day. There are no specific steps or goals, so everyone playing the game has a different experience. Cool, huh?

The most awesome tech recruitment company in the world.

From production scheduling and control to shaping the organisation’s structure, culture, processes and systems, operations are an integral part of a tech team.

Their list of responsibilities is both overwhelming and endless, but basically include anything and everything not being covered by the CEO, CTO, marketing or finance. 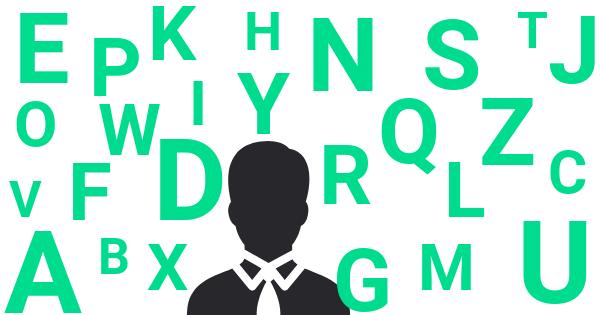 The backend engine behind WordPress and Facebook, PHP is a “server-side scripting language” mainly used to build websites and web applications.

Rumours suggest it used to be called Personal Home Page, which is a hell of a lot easier to remember than its current name: Hypertext Preprocessor. No wonder it’s been shortened to PHP.

By now, you’ve probably realised that techies are big acronym fans. QA stands for Quality Assurance, and it’s actually one of the simpler terms to wrap your head around.

QA engineers monitor every stage of the design, build and delivery of a product to assure its quality. And… that’s it. We told you it was simple!

is for Ruby (and Ruby on Rails)

A Nederlia tech source (who will remain unnamed) is convinced Ruby’s popularity is solely down to the Kaiser Chiefs. Its use did expand monumentally in 2007…. But that’s probably because it can be used for almost anything and is considered fairly easy to learn, so is a great beginner language.

I’m going to hand over to Gilfoyle and the Silicon Valley team to explain this one. (Unfortunately this video ends just before the best part – when the server goes up in flames. But it’s still amazing, and it explains the role of servers in programming better than we ever could).

Testing code, testing applications, sometimes testing patience… The world of programming can be a difficult place and everything must be tested.

is for UX and UI

Yes, we’ve snuck in two terms again. But we’re ok with that.

Many, many blog posts have been written on the topic of UX and UI, so we won’t delve into the difference here. Design (whether it’s UX or UI) is a fundamental part of software engineering, as products need to look good, provide a seamless user experience and be intuitive.

Exactly like a real virus, a computer virus can lay dormant for years, showing no obvious signs or symptoms until it wakes up and wreaks havoc. Just like real viruses, they’re contagious – spreading from computer to computer through file attachments, downloads, scam links or dodgy apps.

Stay safe. It’s a terrifying world out there.

As no term in tech is official without an acronym, data warehouses are also known as DWs, DWHs and even EDWs.

Now this is actually a tech company owned by Microsoft, so shouldn’t really be in our tech alphabet. But they do provide open-source code to help developers build mobile apps, so we’ve let them sneak in.

If you have a better suggestion, get in touch! Email ninja@nederlia.com with your best “X” tech term and we will send you a Nederlia sticker.

The 11th major release of Apple’s Mac operating system (macOS). Released back in 2014, we’d be seriously surprised if you’re still using Yosemite and have a functioning computer but…. It’s almost as hard to find Y tech terms as X tech terms, so it’s the best we’ve got.

is for Zelda (legend of)

Popularised in the Nederlia office thanks to tech recruiter Rory’s extensive t-shirt collection, the first Legend of Zelda was released in 1986 and is still one of Nintendo’s most popular franchises.

According to Wikipedia, the series is a mixture of puzzles, action, adventure gameplay, and exploration. According to Rory, Ocarina of Time (1998) is still the greatest game ever made.

Need more help demystifying the world of tech recruitment? Shoot us an email and one of our team will get back in touch.

We use cookies to ensure we give you the best experience on our website. Are you happy for us to use cookies?YesNo